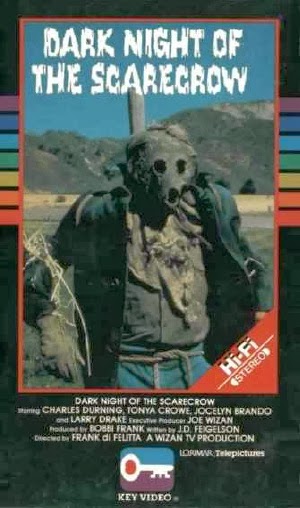 Dark Night of the Scarecrow is a made-for-TV horror movie I took notice of while looking for cool images online. That guy up top spoke to me enough to give the movie a shot and after both washing and drying my urine soaked jeans I must say the movie worked, along with the three 40's I drank while watching it. A big handicapped guy named Bubba is wrongly accused of killing a little girl he's friends with and as a result gets murdered by a small, goofy foursome of town folk lead by a sadistic mailman who's out for handicap blood. A series of terrifying and semi-erotic events follow that will guarantee if you watch this movie alone you shouldn't do it stoned but will anyway.  Spoilers and shit follow:

A grown retarded guy in his 30's hanging out with a little girl is bound to make any old person act weird, so in this early 80's backwoods movie town it's no surprise a small gang of them have found a way to get excited about it. The four men making up the mini mob are lead by the scariest part of the movie; single, middle aged mail carrier Otis Hazelrigg. The guy looks like he's been marinating in scary sauce for at least a year. 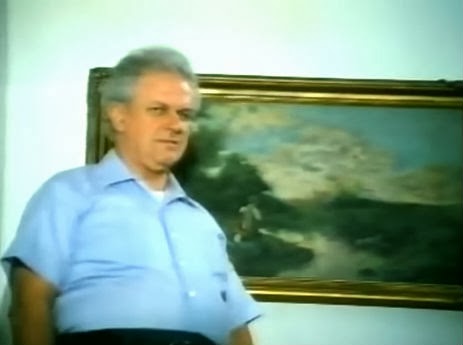 I hate knowing that's how guys look sometimes when they're staring at a girl's ass or leftover baked ziti. When Bubba's underage friend, Marylee, is attacked by a dog, Otis and his boys freak out and somehow assume the girl was rape-killed and go after him to avenge her death and get that justice monkey off their backs. Bubba's mother dresses him up as a scarecrow and he is instructed to hide in the field behind their house while the vigilantes fuck shit up outside in search of warm, alcoholic redneck blood.

The men pump Bubba full of lead when dogs sniff him out, shortly before they are informed he hadn't killed the girl and she was in fact alive and safe with her story intact. Slowly but surely the scarecrow ghost of Bubba shows up and offs the three men one by one. The movie naturally works as good horror because of the time period's grittier cameras and can't fuck with music but the real demented part is Otis Hazelrigg. For a chunk of the movie I thought "do they have him breathing heavily like that on purpose or is this just one of those accidental home runs of a movie" until somewhere I think 45 minutes in they flat out mention people suspect Otis might be a child molester. 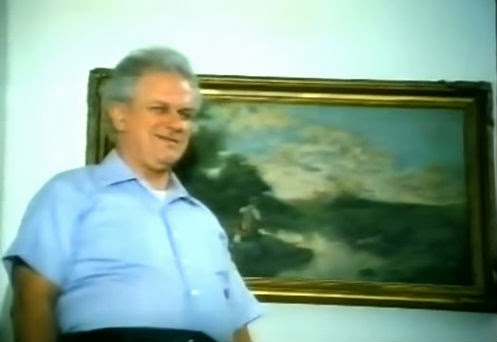 Okay so they planned it, the scarecrow in the title of the movie is more like an anti-hero of sorts, like Batman but kind of scary but this dude is the real trouble. You could almost say it's more similar to real life because of all the unjust people out there but we wont because it's a movie about a killer scarecrow. For the aforementioned aesthetic reasons and Otis the movie will give you the creeps but it's also put together in a real watchable way, which is always good, even though it's a low budget horror movie on TV. Instead of any gore shots the scare scenes rely on the suspense of their editing and how scary being outside in the dark late at night can be.  A character falls into a wood chipper and dies off screen, which then cuts to this: 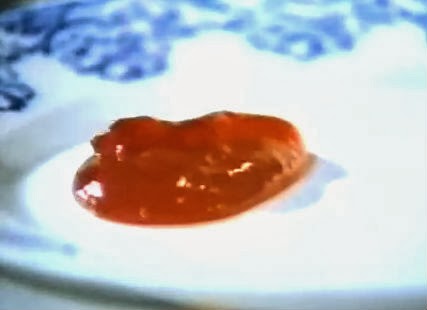 Sadistic child molesting mailman are scary in real life, and jellies and condiments in general will never not be a little weird, which is a word that's welcome in horror movies as far as I know so, okay. The very end also had a nice touch as throughout the entire movie the scarecrow is mostly used as a still, scary prop that shows up in places it's not supposed to be after Bubba dies inside of it. But after Otis is killed at the end by running into a conveniently placed scarecrow holding a pitchfork, Marylee is finally shown talking one-on-one with the possessed hay-man as it quietly walks over and hands her a flower. It's an eerie payoff that would feel more tongue in cheek if it was a snarling werewolf dick monster from Texas but when things are quiet that means that no one is there to help you, and we all need a little help sometimes. 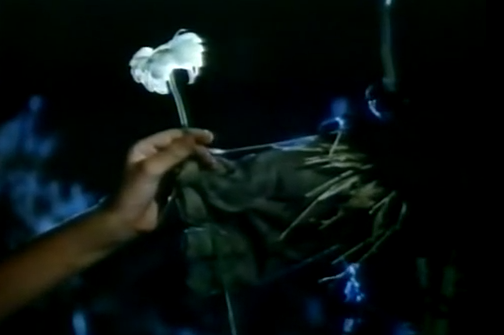