Judging Books By Their Cover 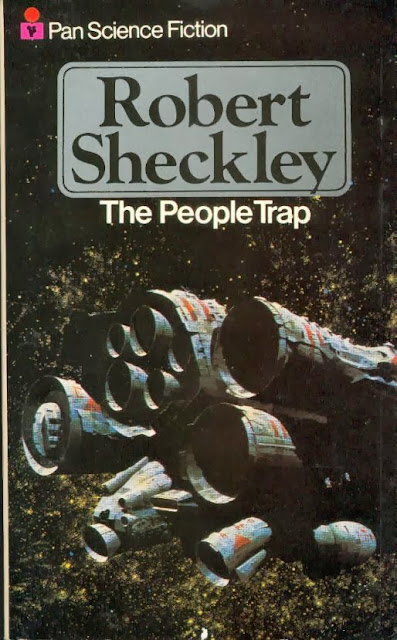 Of course you're not supposed to judge a book by it's cover, but people are going to anyway. One of the human species' sharpest abilities is to see, judge, inform and possibly correct anyone around them who might need an umph in a certain direction. Do you think it matters if somebody likes a certain book or not? Do you really think book reviews and your friend's opinions aren't just stuff they heard other people on blogs and at bars say? Trust me, it is. Nobody gives a shit about the actual content of the book unless it was boring. So, in the end, with so many options to choose from on the planet as far as printed literature is concerned, your fastest option is to judge them by their covers, or better yet, have somebody else do it for you. The world isn't gonna sit around and wait for you while you lean on your chin and mull over a decision about nothing. Just get a hold of yourself and let me do the thinking for you, art is subjective. 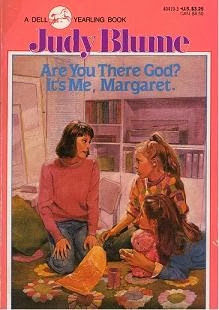 Okay, so, where do we begin. These paintings (?) look straight off the cover of anything girly after 1975 until probably somewhere in the early 2000s when everything got all blurry. This reminds me of the Mall Madness days, when you go home with your girlfriends to bullshit all night about boys and TV or whatever and suddenly Margaret loses it and spills her beans about weird conversations she's having with herself at night. It sucks that I have to judge it just by the cover because it sets up a lot of intrigue with the title and this picture but you can't approve of something simply on intrigue, so I might as well be on the offensive and make it sound like shit if I can (that was quick): This book looks like it's trying to turn girl night into some sick, twisted pillow fight sparked by an attention starved drama queen that's obsessed with god and brings up overly intense things with her friends when everyone's just trying to eat chips and get loose. Fuck this book. 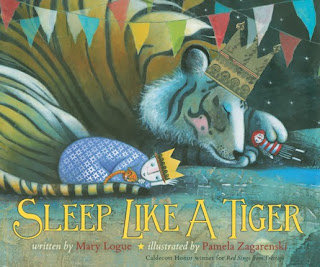 I'm not sure about this. I feel like I would walk on this scene and think I really wanted to hang out and put a crown on but it's too silent looking and dream like. The lion wouldn't say anything the whole time and then you would mumble something in dream speak and he bites your head off. No, he's probably nice. After all you can control your dreams so if this is any kind of story there would be some of that. If I were in full control of this dream story I would ride that tiger to a drive-in movie theater because I've never been to one and have always wanted to go. Overall, I would recommend this particular work to friends because it seems fun and sleep is a universally loved subject, everyone does it, and so everyone should read this book I guess. 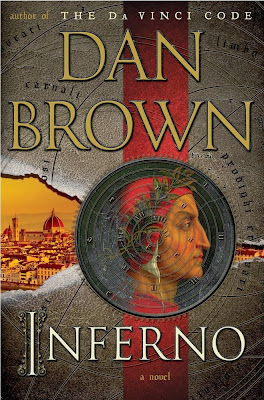 This looks fucking awesome. I think what that guy on the cover is doing is using some sort of listening device that probably has to do with a bad person/people living in that city back there that THIS dude is after because they killed his entire unit of expert assassins in cold blood with a pussy ass bomb planted in their sleeping tubes. The evil people in question would be subject to hanging for such a violation of intergalactic treaties of war, usually, but in this case, the evil bastards we're dealing with are believed to be a guild of renowned medical scientists directly responsible for curing the disease that once claimed billions of humans all over Earth, Exon 5. How does one man hunt a group of people who are looked at by many in the world as gods among us? If the one man you're referring to is Sgt. Anthony "Inferno" Guitterez -- don't be surprised if all this negative horse shit those doctors are up to goes up in smoke. 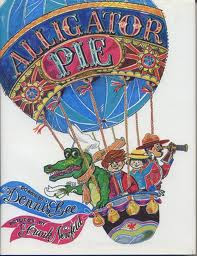 Well this looks amazing. It reminds me of a book I read when I was in elementary school about a little girl who lived in the inner city where all the illustrations were made to look like they were drawn like a kid. I cant find the title but I remember being into the story but hating the way the illustrations were fake kid style. It looked stupid and was set in a place which I guess I couldn't relate to at all as an eight year old boy who just wants to hang out with alligator chefs and Mounties all day. The look in that alligator's eyes says "I'm your best friend and I say we should get over that shitty book your teacher showed you and get an eight ball and fly in an air balloon with Aleistair, you know Angie's gonna be there too fuckface don't even play!" I love this book. 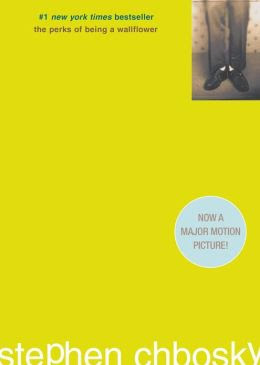 I promise I don't want this to be Shitting on Books People Probably Like, but tell me this wouldn't catch your eye if you were in school majoring in the Science of Shitty Book Covers. This bad boy probably comes in lots of different covers, like a lot of the other entries in this list of books that I am carefully judging, but this particular cover is so whack that it's disgusting pea green and stupid Apple '98 stock image of some vintage dude's legs will probably keep me from reading it forever. Sorry, idiots. Can't sit around for 20 minutes and read your sad book, not because I read fast but I fall sleep pretty easily. Not to mention the now a major motion picture sticker is a subtle nod to how overexposed things annoy and deter me since I started blogging about stuff in the 5th grade. Speaking of 1998, nice oopsy dasical letter play on the author's name. The only way this movie could have worked is if Disney was somehow attached, I'm not going to look it up though.

The thing or person the cover of this book makes me think of is Prince. This is a very Prince book cover. And with that said, Prince is one of those things that looks like too much at first but in reality is amazing and makes you wanna party like it's 1989. The book is terrific because that colorful paint brushy looking city down there looks like where you go during the best part of hitting a can of duster or crack. You can't help but feel good because you're an ant walking around a boardwalk of neon happiness and it was only five bucks. F. Scott Fitzgerald has a cool name, I'm not sure if it's fake or not but I guess if I knew that it might kill the magic around his artist mystique if that was his thing. I wonder if Prince has ever smoked crack or hit a can of duster. Wait, is that a dumb question? Was Prince suckin down cans of duster with crack pipes tucked in his ear and shit or was the crazy stuff just a look/sex thing? I thought I knew more about celebrities.