By Any Means Necessary: How to Live Cheap 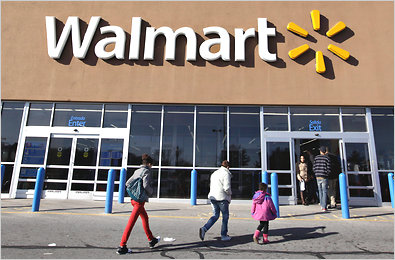 Living cheap. It comes out pretty easy when you say it like that but when you get down to business, going through life on minimal greenbacks can't really be summed up in two words, but maybe in about 1,500 or so. I myself have been living cheap for years, and due to my success with keeping the fridge full and that peculiar penchant for not being dead while living life on my very light funds -- could be considered an expert on the subject.  The purpose of this article is to allow you, the doughy keyboard poker who doesn't pay for their own Netflix account, to have as much access to the not-free comings and goings of life as humanly possible, despite your budget. So, sit back and relax with some hot cocoa and get a grip -- because I'll tell you right now you shouldn't be drinking hot cocoa. Not if you're broke I mean, especially if there's no alcohol or caffeine involved. Nobody said this shit was gonna be easy.


I guess since this is a guide of some sort it makes sense to break everything into categories so it at least seems like I'm trying to create something useful and, therefore, easy to read. Money affects and fuels a few key components in everyone's life; living, eating, and leisure activities. Three verby fuck categories everyone just loves to talk about: 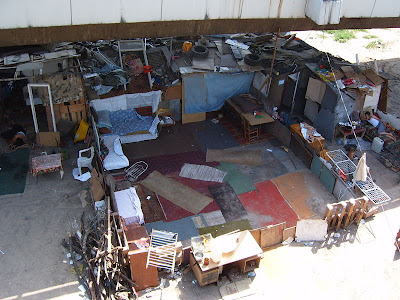 Unless you're living at your parent's house, with a friend, or just in the backseat of your car (which you should sell immediately), the first common objective of man is to find some sort of shelter. This can be a box, a tree fort, an abandoned railroad car or more realistically a shitty house or apartment you split with as many people as possible. Prime examples of low income living individuals such as crust punks, college kids and illegal immigrants have been using this method to achieve easy living for decades. Also this tip might be a given but try to be as selective with your roommates as you can. The more the merrier but just don't give in right away when your friend's thugged out cousin Stinky from LA wants to move in just because he has some rent money and a Playstation 3.  Living off of girlfriends and shit is great also but gets real troublesome for obvious reasons (girlfriend always leaving the seat up).

Another important thing to mention regarding cheap housing is cheap housing. Rent is always going to be cheaper the shittier a place is so stop kidding yourself and going into debt with your stepsister any more and just live somewhere crappy and cheap. If you could afford it you could, but you can't, so sucking it up and moving to the safest ghetto within an achievable travel distance from your main source of income would be a wise decision.

Getting around should be as easy as saying those two words, just use your legs and get a bike or walk. Only the rich and the people in lifelong debt who envy them drive cars and they can keep'em. Riding a bike is fun and keeps you in shape, and walking is so obviously tight you could write an entire essay about it. Planes cost the same as a bus, but only take a bus or train if it's not out of state but a few hours away, short distance mass transit is for lazy ass people who live in a city. That reminds me, cities may immediately seem like a money pit because of the prices of everything in New York, but generally cities are easier to get around because you can walk everywhere and there's typically more jobs available if you're somewhat normal and don't mind shaving or wearing a funny shirt so you can eat at night. There are other less lame jobs too and a bunch of chicks.

Lastly, cell phones unfortunately are kind of necessary because you need one to get a job, unless of course you're ultra crusty and just have access to somebody else's to list on applications. Just go to Wal-Mart and get a phone in your price range (you can generally find one for 20 bucks or less) and go pre-paid. Setting up plans is fine if you're into that sort of thing but you never want to have some corporation holding a contract over your head just so you can send and receive picture messages.

Feeding one's self is something people actually do in their sleep it's so easy. Yes, even in pissy cardboard fort economic times, some sandwiches and other energy nibblers can be found mostly for free or at a ghetto grocery store for cheap. You could talk all night about the fat cat government invented "food pyramid," but any time I look at one of those pictures I just get hungry and sad because I can't afford whole turkeys, giant glasses of milk or breads that fluffy. Being that sadness is known to cause a dulling in morale, avoid food pyramids and shit your mom used to say in the 90's if she happened to be stupid and alive then.

Buy your food cheap and in bulk; eggs, bread, rice, pasta, beans always seem to be on the short list for edible and kind of inexpensive foods. Pick a favorite condiment or recipe to go with your combination of cheap base foods and buy them in bulk at Wal-Mart or somewhere you find for cheaper. Then figure out some sort of schedule for buying these goods based on however you're acquiring funds to keep your belly packed for as long as possible.

If you have no means of acquiring funds, find one. In the meantime, scour grocery store dumpsters and places that sell a lot of bread (bagel shops, even a Krispy Kreme) products REGULARLY until you either hit once or can figure out a routine of getting free whatevers out of dumpsters. If you meet any more experienced than yourself vagabond weirdos on your quest for free food, ask the nice ones for good tips about the specific town you may be in when hungry and not reading this shitty article. 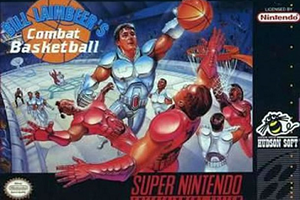 The degree of which you decide to allocate your funds to have fun is an extremely sensitive subject and often divides those who are broke from a complete loser/homeless person. Wanting to entertain yourself is natural, so although having fun may seem like a stupid extra expense, finding activities besides frowning at yourself in the mirror and peeling potatoes for dinner should be of utmost importance -- but a bit less important than that other shit I mentioned so we'll put it last.

If you're doing pretty well, like meeting all of the above needs and still have extra cash, all of that will be your fun money. Saving it works I guess too, but it's pretty clear if you're following any of the advice in this article you're probably not very good at that so fuck it. Tell you what, I'll meet all the sensible people half way: if you have money left after you have fun, save that. That sounds reasonable. If you have a good amount of fun money, like a few hundred dollars, buy a computer. It gives you the most options and makes shit easier for yourself when you're trying to find jobs and shit. And if you're able to find 200 to 300 dollars for a laptop then I bet if you took a deep breath and focused you could come up with the monthly cost of Internet, get that too. Then you'll have a TV, video game system, music maker, music player, dating robot, the sky's the limit with those damn things these days.

On the other malnourished hand, if you have no extra money whatsoever but still need to cure that fun sickness, I guess just get off your ass and go outside. Go steal a basketball and play with that or collect cans and sell enough of them until you have cheap beer money. If you're the less adventurous type or even if you are, the public library system basically exists as a means to entertain poor people (old people, you and children) so definitely hit that spot up. They usually have free Internet and sometimes comic books and always Stephen King books. Public libraries are the shit. 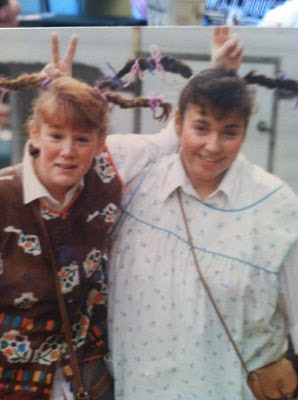 Well, I hope this long winded but awesome diatribe helps you, blah, blah, blah. Sometimes you may come to a stressed out point, where all of these dumbass things you have to pay for and worry about to properly float in this weird system we've come up with to live life is totally unfair and irrelevant because at the end you just die anyway. You might just feel like saying fuck it and living in the woods off deer meat or just living off an ugly girlfriend but I'm telling you, it's worth it. Living off of ugly girlfriends is how I got through a semester of community college, and living in the woods off of dear meat is way more real than the pussy ass domestic existence you're living now. Just take a deep breath, look life in the eyes, grab it with your two monkey hands and rip it apart. Then take another deep breath and mold the pieces back together as you see fit.