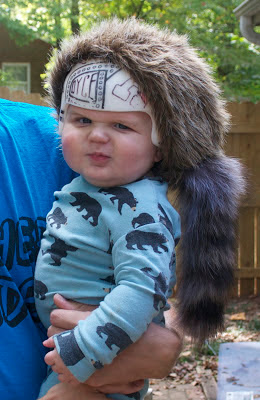 After I read the excellent throwaway filler piece I Hate Old People, I had a bit of an ephiphany. Not only did the article rehash the same "I hate stuff" theme that we go for here on the blog perfectly, but also it made me realize something very important: babies are annoying. Old people suck and all but on the other end of the spectrum, babies are stepping on people's toes and shitting on things way more frequently than old people do, and those little idiots haven't been shit on once on this blog, so I figured I would give it a shot. After all, my girlfriend is always saying I have "baby fever."

The problem with hating babies, though, is that unlike getting old -- something you can stop yourself or others from doing -- just about everybody and their grandma has children these days, and sometimes popping one out is almost inevitable. So, if you happen to get your girlfriend pregnant, fine. But I think we should all collectively practice a good "I don't fuck with you, you don't fuck with me attitude" about the situation and designate some rather obvious places babies should not be allowed: 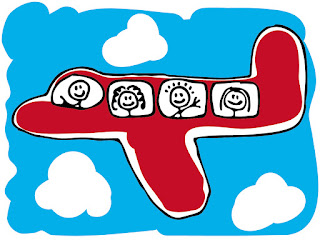 First up is planes. Thanks for being so considerate of my feelings, you fully capable asshole. How did you know I wanted to be 14,0000 feet in the air in a room I can't leave with a watermelon-sized time bomb I can't defuse? That's exactly my idea of pleasant travel. I just paid hundreds of dollars to lounge in a high-speed jet box for eight hours while someone who can't comprehend cabin pressure screams because their handler has attachment issues and needed to create a best friend. You know what is stronger than Ambien? The shriek of a recently disgruntled baby I accidentally shot a dirty look at while waiting around to board the plane. You love your baby so much that you wanted to compress its mushy skull for a while before it sees Berlin. Like the kid gives a fuck about East Germany or problems with communist housing departments in the DDR. It can't even make memories yet, don't fuck it up by flying the thing halfway around the world so that in five years it's some snobby elementary school kid who talks about traveling the world all the time, but has no stories to go with it. If it gets its ass kicked, it's your fault. 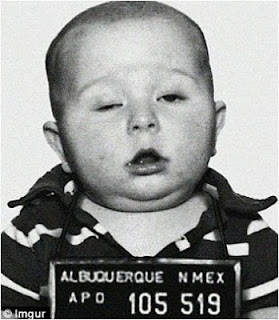 You know what I think of when the word serenity comes to mind? Having deep personal moments of soul searching with a fat baby clapping keys on the table. No no, it's fine, I know you can't ask the mother to watch the little tumor for an hour while we all try to get a little piece of that sober action. Who cares if Ron tells his pissing his pants until he was 46 story to the newbz? The beast doesn't know English. Fuck it. Well, maybe I should say fuck it. Not to your baby of course, but getting sober. What, with hell freezing over outside, as clearly evidenced by you bringing your baby into a fucking AA meeting, why not get lost in a bottle?

Seriously though, how DO you expect me to talk about being rude to hookers and sneaking into keg parties when motherfuckers are over here not playing games on your iPhone? There's a room full of people with colorful pasts, anger issues and a clear lack of coping skills trying to focus on getting their lives better, and this guy has the audacity to hinder that by bringing a tiny human who looks and acts wasted that I'm not supposed to curse around or borrow money from. Thanks. 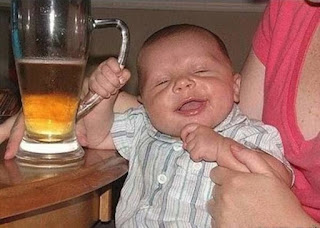 Speaking of alcohol, which I am over and care nothing about, can you please, for the love of all that is holy, refrain from bringing the wet fuckball that fell out of you 13 months ago to the bar? I know everyone is drunk anyway, but I'm meeting a very important potential client here and if they walk in and see a fucking baby chillin, they're gonna hit the brakes and leave faster than Usain Bolt. The bar, sober or not, is a dark, sometimes wretched place of controlled badness that could probably be best summed up with a picture of a baby with a red line and circle through it. I'm not going to watch my mouth or actions because some baby might subconsciously copy it one day. Leave that thing alone for more than a half a second and you'll have some dick trying to buy it a shot to sip on. "Here's to your creators, the only people here more self-important than you, kid."

I don't have a baby, but I do have a penis. And with penises, I think of it like this: it's a very personal thing, the relationship I have with my dick. I might take it everywhere I go, but I don't pull it out and show it off all the time. That shit gets old real quick. Think of me keeping my dick in my pants as leaving a kid at home. I know I have it, it's there, I'm taking care of it, but it's not in anyone else's personal space. Now imagine I brought the baby out to the library, or better yet, I pull it out in the tattoo shop while you're sitting there trying to spice up your plain indie wardrobe. Get that needy, oversized organ out of my business! Bringing your kid to annoying places is almost as bad as masturbating next to me late at night if we were on a trip and had to share beds. I'm a slightly homophobic heterosexual male. That's how inappropriate this is to me. 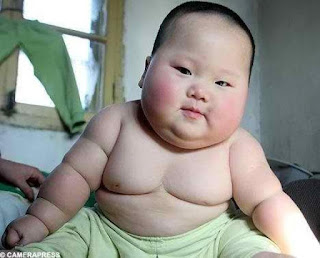 So remember: ten seconds of attention for the thing you brought into the world < the loathing people will have for you in the hours that follow. Show some decency and, God forbid, some respect for yourself and those unfortunate enough to be related to you. If not, throw that baby in a fucking river and start over somewhere nobody you know will ever see you again.
Posted by John V. Snackerton