Scorpion Jones is a hippie Slash Dribblez and Mark Harvey met while hitchhiking through Central Florida. Encountered at a truck stop somewhere between Daytona Beach and Gainesville, Scorpion said she would do almost anything to raise cash to fund her trip to New Los Angeles. Mark had already slept with her that morning, so, it was a somewhat tough call. But -- she needed help, and, as you know, that's what those two live to do. The quickest idea they could think of besides more sex was of course the one other thing also seriously lacking from their lives: blog material.

When asked if she wrote or had anything she might want to contribute to BSA, Ms. Jones wrinkled her forehead and stuck her nose up as if thinking really hard, then thought of something. She dug through her bag for a minute and pulled out some beaded shit, a doll's head and a beat-up old Mead notebook with the word "Ghosts" scrawled on the front in Sharpie. It was mostly illegible but here's what we could make out, we called it a diary instead of a journal because we're sexist:


- Boy ghosts are less creepy than girl ghosts in my experience. Girl ghosts want to talk, and to be seen as well as heard. Dying’s scary, so my reaction is to pretend like otherworldly communications are just infrasound or whatever and leave it at that.

- Rundown cities are famous for its ghosts. One time, walking down 3rd Ave in Gainesville, I glared at a girl smoking a cigarette. She said, “You look mad, do you want a shot?” and I said yes. I actually wanted a cigarette but I ended up with a steak dinner, as well as a few shots and a Dr. Pepper. It was the night of her graduation, so I guess she was feeling generous, and her boyfriend wore an apron and had spiky hair. She asked how I liked my meat and I said “medium,” and we shared a meaningful look that lead to us bonding over some of her Camel Crushes. It turns out her grandmother was a medium, and one night after having a stroke she showed up perched on top of my new friend’s chest telling her unspeakable horrors. That night I learned that being rude is realer than smiling, that you don’t have to be dead to be a ghost, and that sightings run in the family. 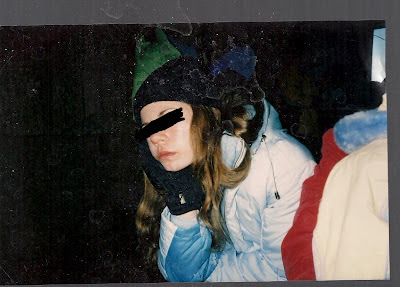 I once leased a studio apartment which was dubiously called The Cave, and it was 300 square feet of eeriness. It was a male ghost, with a knack for turning my oven on and off. One night, with Gainesville helicopters swooping in the background as part of their nightly fly-over, an electrical malfunction or undead spirit hovered above the stove burner until I decided to hide under the blankets. I told this to my Brahman Indian friend, who said he too had a haunted “Ooovin” and to burn incense to clear the energy. I didn’t do that because the witch at the new age store in town gave me bad vibes and I could never muster the courage to buy something from her. Things were live-able until splatters of blood started mysteriously appearing on the front door and my air conditioner stopped working.  I immediately searched Craigslist for a different place with success, but it proved to be just as haunted.

The closet in this particular home happened to have a cute little noose in it, and every night I would have the feeling of someone or something in the room. I found out later on that the landlord actually didn't rent out that room because of the notoriety of it being haunted. One day, after having just about enough of things disappearing, clocks turning backwards by themselves and having to touch my door handle five times just to leave, I decided to walk over to the bodega and buy the most anti-ghost sounding incense I could find. I found a little package labeled spook solidifier and knew I had the right stuff. When I got home, as per instructions from my Indian/ghost expert friend, I put the incense in a beer bottle and lit it, saying a bunch of shit in Sanskrit that he made me memorize. Then, bored and wanting to wrap things up so I could eat a burrito, I said “You must leave, you can’t stay here,” and then the door to the room opened and the ghost went to prowl other areas of the house. Like a friend you stop hanging out with but loved insulting, sometimes I wonder about that ghost. 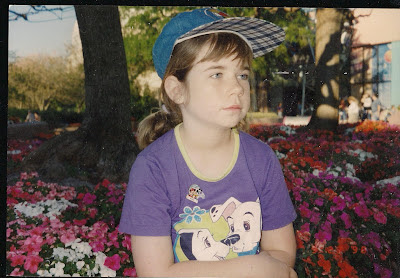 My mom, a witch in her own right, told me a lot of weird shit as a kid, and one thing in particular involves a girl’s only trip where she brought all of her work friends to a cabin at a dude ranch where there had been a sleep away camp for fifty years. After a long day spent giddily shrieking when horses got too close to their hands while they tried to feed them apples, sipping mixed drinks and an estrogen fueled night by the camp fire, they got tired of being doing the middle aged people on vacation thing and decided to hit the bunk beds.

My mom, being the alpha female that she is, claimed the bottom bunk. During the middle of the night she woke up to go to the bathroom. The door was a piece of plywood, and there was a small person about the size of a child or very tiny person wearing a sleep shirt in her way. She said ‘excuse me,’ like a mom should, then went to sleep. It then dawned on her that there wasn’t anybody in their party who was that size. During the ride home, she shared this with her friends, and Connie said during the night: at the foot of her bed was a transparent little girl who looked like she had just gotten out of the shower, staring at her. Colleen confirmed that she saw this, and both woman reported this apparition as looking “really, really sad.” After a brain storming session, they came to the conclusion that someone was sleeping in this girl’s spot.  This happened around the time that Lady Marmalade was on the radio, so after this story she told me how they got to roll the windows down and sing “Oochie coochie la la la,” as well as nonsense in French to ease that dead ghostly feeling in the air. In retrospect, this was more disturbing than any ghost they might have encountered. 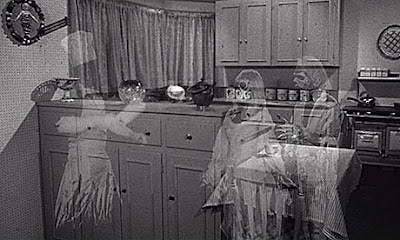 Ghosts are just like people in that a giving them a good attitude will have them bothering someone else, and that they’re a little bit boring and predictable. I heard that in the South people paint their roofs blue to fool them into thinking that it's water and then the ghosts drown, so they’re actually dumb on top of being invisible.
Posted by Anonymous