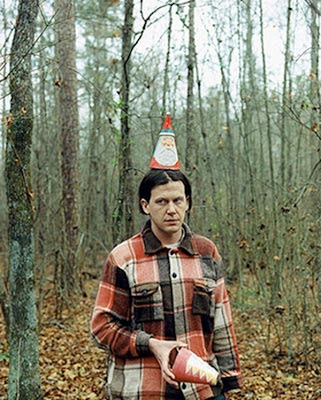 Jeff  Mangum has really good teeth. You wouldnt know it, due to the infrequency of his smiling face, but when he performs his mouth opens wide and you can see his pearly grill. He stares out, his eyes roll back, and you can feel the collective emotional disturbances that created an album that is widely heralded as a religious text via concept album of singular genocide, and his subsequent disappearance when the fame came knocking. A sense of exorcism and possession is mixed with the smell of marijuana smoke and suffocating silence.

He looked like Wes Anderson's dark shadow: A charming newsie hat, unblinking eyes, twitchy mouth, Lee brand cowboy shirt with matching caramel cords and black boots. The night was charged with quiet reverence and evangelical singalong. The anticipation was met with Vicodin in my bloodstream. The familiar songs sung with an acoustic guitar and occasional dead pan humor ("I wrote this song ('Little Birds') in a black hole depression... (laughter from crowd) but I'm okay now").
He played well. His friends and opening act Scott Spillane, Andrew Rieger, Laura Carter, and some other guy contributed some background sounds for "The Fool", "Oh Comely" and "Aeroplane". His second encore was Vic Chesnutt's "Isadora Duncan". “In 1991, I moved to Athens, Georgia in search of God, but what I discovered instead was Vic Chesnutt. Hearing his music completely transformed the way I thought about writing songs, and I will forever be in his debt.” The ongoing apotheosis and the disappearing Christ. 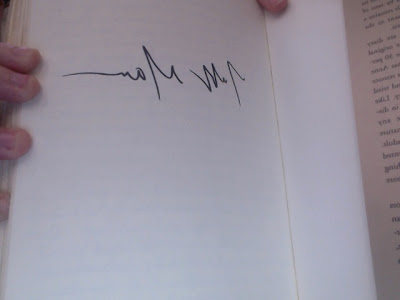 He still seems uncomfortable with his place in popular culture (April Ludgate!) and the other bounties of fame. He signed my copy of The Diary of Anne Frank outside the show. He barely makes eye contact, is awkward with a pen, and he says thank you a lot.
Posted by Keaton Wilder