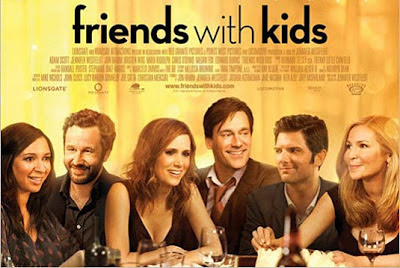 Friends with Kids is part of a growing trend of movies for cool 30 somethings. I've always been ahead of my time, so I watch them too. Away We Go, The Switch, Knocked Up, and Friends with Kids all take unique viewpoints on kids and more importantly, the making of them. When you have an ensemble cast of Kristen Wiig, Maya Rudolph, Jon Hamm, Adam Scott, Ed Burns and Megan Fox... you know that while the cast is white(ish), the humor will be dark. 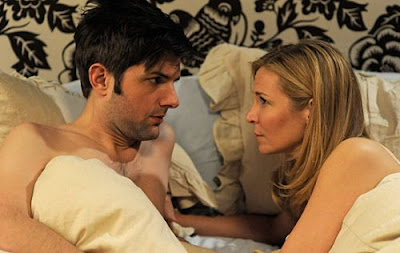 You would think being upper middle class and reasonably attractive in NYC would be enough, period. But then there wouldn't be any wacky baby drama to set up funny situations for our beloved actors, and we can't have that. Also, the audience should relate to conflict. So we see couples having children. Children bringing changes. Changes making people drink and be hateful. So naturally, we want to have kids, but not a relationship. Sounds a lot like having your pizza and microwaving your chocolate chip cookies too. 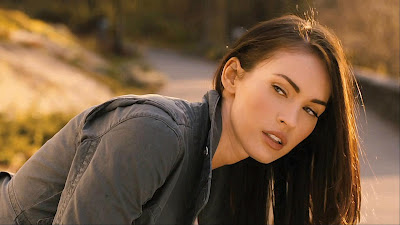 The real draw of this film is the cast. Adam Scott can do no wrong. Maya Rudolph is severely under utilized in film. Jon Hamm... is Jon Hamm. Jennifer Westfeldt wrote, produced, starred in, and directed this film. She also did Kissing Jessica Stein. She also does Jon Hamm. She should do more things. This film has a Who's Afraid of Virginia Woolf? (one of my Top Five) vibe to it, perhaps because Virginia Woolf director, Mike Nichols, served as executive producer.
In a film landscape where unfunny comedies are more common than a lonely ninth grader, this most definitely will make you and your friends laugh out loud. Don't watch it on a romantic outing unless you want to stare at your Panera Bread afterwards, sullenly questioning marriage and related topics that will more than likely scare your previously amused date away forever.

In theatres April of 2012, just in time for Easter/Passover.
Posted by Keaton Wilder