Friendly Competition: Malta's So Nice You're Gonna Feel Like a Jerk 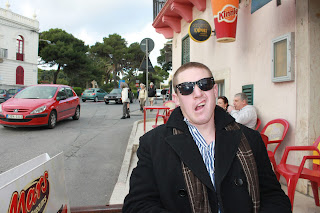 People are assholes. At least I know I am and all too often foreign excursions turn you and your friends into not only assholes but globetrotting assholes. This may include making no attempt to speak or, heaven forbid, learn any of the local language, gratuitous high-fiving amongst your friends while getting wasted, patronizing local drug dealers and yelling at Chinese pimps in their sixth floor make shift Chinese whore houses. I know what you're thinking, why not just be nice to the countless people you're going to meet, exchange Facebooks with and never speak to again? Because it's not as fun.

Plus, the news media and those damn Hostel movies propel the worst case scenarios in your head to a new levels of paranoia regarding tricky indigenous people. So, there you are: sailing across the Mediterranean Sea, preemptively on guard, probably drunk, not caring about locals when you come across them at port (unless they're selling something for the right price), and then out of nowhere appears this shining ray of Sunday dinner hospitality called Malta. Somehow it's got niceness down to a T. They're so nice there they have a strict no asshole policy that's punishable only by pure kindness, and it's this kindness the Maltese Natives will use to kill the asshole inside you.

The first time it happened to us we were in a taxi leaving the airport. The cab was at a very low fixed rate and the driver was the "cool uncle" type and seemed to know excessive amounts about his wonderful, 122 sq mile island country. Everything from food to clubs to weather, news and factoids, he wanted to sell us on Malta at no extra cost or ploy I wouldn't be surprised if cab drivers in Malta wore Santa costumes to work during Christmas (the dominant religion is Roman Catholic) just to spice shit up. Our hotel desk manager was the same way. There were instructions on pamphlets left in the room telling us not to smoke, drink or have guests in the rooms, but when we went down stairs and chatted about the club scene he said "It's better if you meet some girls buy a bottle and go to your room, drinks in discos are too expensive and you need the privacy -- ah ah." Well he was mostly right but he was lying about the drinks. 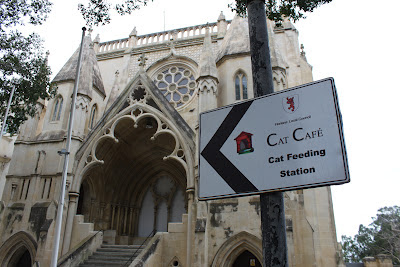 If you're over 17 you gain access to any club there and the drinks run about 2.50 Euro ($3.30). That's mixed drinks, shots, beers -- anything you want with the exception of fruity umbrella pussy shit. The most amazing part is that they don't really start the party until 2am but if you have an itch, why not scratch it early? The restaurants close for a while before dinner, perhaps trying to hold you out and keep you up until clubs start jumping. The funny thing about this is any reputable bar will feed you for free. Thats right Cheap booze and free food.

My colleague and I were at an outdoor bar off the main club strip. It was located right on a lagoon style water front which seemed to be pedestrian transit for hundreds of beautiful girls and their 18 year old male friends. We were enjoying a little pre-dinner binge drinking when the waitress brought us over these amazing looking shrimp wrap roll things. My colleague, being the frugal of the two us, politely brought them up to the bar while I went and lost weight in the bathroom. 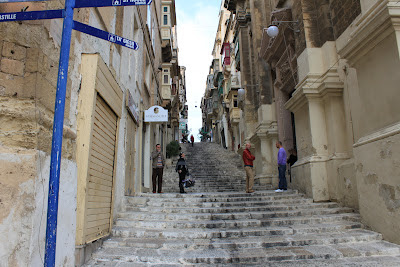 When I came out, much to my suprise, there's more food! He tells me it's free and that he's decided he wants to fuck the waitress. It seemed like it couldn't get much better, right? She was also nice enough to advise us not to go and sleep with underage girls even though it's very common. We were completely full from five different appezter platters we devoured and made our way to the clubs. This is a warning though. Even though it sounds amazing, I'm 25 and yes of course I would sleep with gorgeous 18 year old girls all fucking day, there is nothing to even have to justify that but here's the catch, before you get a little barely pop in you it's a little intimidating. It's like being a chaperon at a slutty senior dance. Of course it runs through your head but you'd never asshole globetrot that hard would you?! Right? 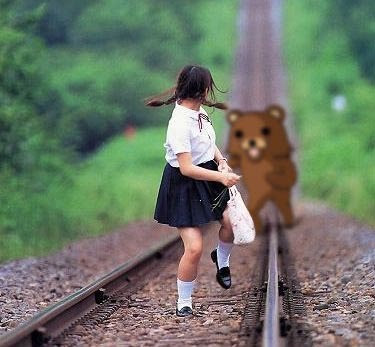 The first stop and by far best example of this was Checqers. We walk in at about 11 and not only am I taller then everyone but the girls are rap video hot and giving their all. The kids are slop drunk and we both order a pitcher each with no cups just to adjust. We sat for 20 minutes at the corner of the bar like guilty dogs watching these children get hammered. The group of 5 or so girls next to us couldn't have been a day over 16 and the shortest one put every other female I know to shame. Not only was I prepared to say things like "Have you ever modeled? You should be in magazines" as a serious statement but she downed a plate of 25 shots with her girl friends, I watched her take the last eight by herself. How the fuck is she standing? bitch weighed 90 pounds soaking wet. 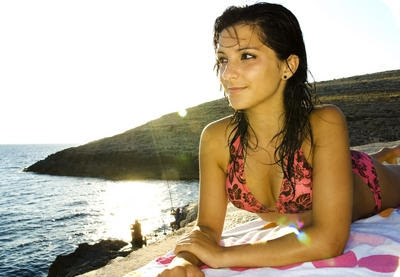 Our entire trip lasted four days through Christmas. It was the slowest point in the year for them. Not only was it the least dangerous place I've been to, but it was so nice I couldn't even act like an asshole. Well not as much as normal. I did scream about how small my dick was to some girls who could barely hear me but once they understood they laughed and were on board.


There are a million other perks to this place. It has the oldest man made structure in the world, every girl you want to talk to would love to leave there but it's somehow too expensive (a 50 Euro Plane ticket...thats 40 drinks for those paying any attention, fucking pocket money), lovely clear blue Mediterranean water, they once killed 30,000 Turks trying to invade them and only lost 100 or so people. Hell somebody told me they even shot their enemies heads out of cannons at the remaining army, and when it came time for them to fight someone they knew they'd lose to, they were cool about it and said fuck it lemme sign this shit over, don't get crazy Napoleon. 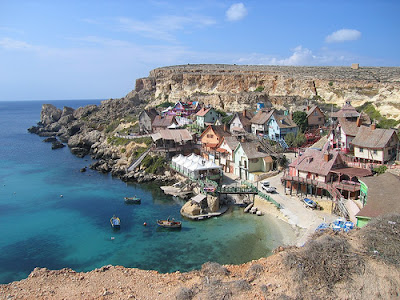 This place has been descending levels of cool for fucking centuries and spit out a proud knowledgeable group of citizens who know how to party and make some mean ass calamari. I would go back but if I never do, it's on to the next one.
Posted by John V. Snackerton