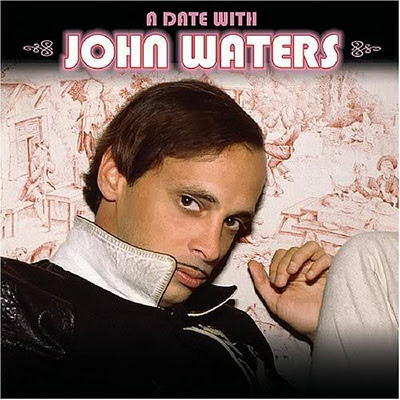 There is nothing more entertaining than watching a successful person who is also a college dropout, speak at a college about their life and cultural contributions. The insipid "as a future 'speaker's occupation'" questions are amusing to both the audience and speaker as the irony and self-promotion produce a soporific fug while the Trustees shift in their VIP seats. The evening has begun.
I was in shock when I heard John Waters was coming to my town free of charge at the local University. I was also amused at the thought of tuition money being used to pay a man who probably shocked their parents or grandparents. So this is what it means to subvert the system from the inside. It was in a small enclave of a nearly deserted "food court", and the excitement was palpable. He entered wearing a fashionable suit jacket that had been designed with blood spots instead of polka dots. He wore nice shoes. He tossed out his eyeliner used for his signature mustache to two lucky audience members. Even though I came several hours early to procure front row seating for a free event at a college I dont attend, I sadly missed out on the coveted eyeliner seats. Early on it was clear that John Waters has made a career out of being John Waters. He is a quick witted, well-read, and extremely talented conversationalist. While he couches on his "illustrious" past of mild lawbreaking, cinema terrorism, and virtually creating Divine, he navigates from his soundbite past and into his current cultural musings. This is why I think he is so successful as a cult figure. He meshes his past and future with his love of sexual perversion, criminals, and pervasive, perverse literacy.  While I am no stranger to anal blossoms or sploshing, I lost my composure when Waters speculated on the appearance of a mentally challenged teenage girl at a Bearquake gathering. He saw a mentally challenged teenage girl in a homemade stroller device being pushed by her two bear parents(?) and wondered if she was some kind of dick magnet or was genuinely entertained by the event. Watercolor your own conclusion. 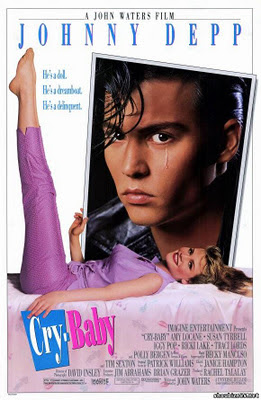 For many people, mainly the movie-going public, art is supposed to be beautiful. This is the common trope we cling to as the times around us grow ever darker. John Waters is an artist that has inspired Gen X and beyond more than we know, because of his insistence that art not be taken seriously. To show things ugly, to have no redeeming qualities, to be ordinary to an enviable and often disgusting degree, is to filter life through a frame that creates a reaction. Reactions range from outrage, indifference, and delight when we as an audience get to experience a different kind of entertainment. This entertainment shines a harsh light to our own experiences and makes the status quo endearing, like seeing a high school teacher at a grocery store late at night. The familiar and the absurd getting foot powder and whole milk for the long week ahead. 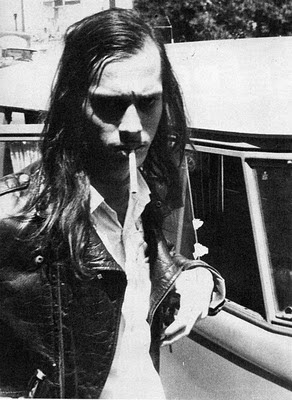 Much of Waters's content is available on his standup show, "This Filthy World" (streaming on Netflix), but his magnetism is undeniable. From his delight at meeting Justin Bieber on the Graham Norton Show, to news of his upcoming film, "Fruitcake", John Waters is a hero for the generations of the drive-in and the download. He has worked in many mediums ranging from his films to photography, novels and acting.  His intellectualism coupled with his respect for the working class makes him a unique figure in popular culture.  We all know there is no place filthier than a college, no mind cleaner than the engaged.
- Erin
Posted by Mark Harvey