Ya Down with O.O.P.P.P.? Occupy Oaklanders Prepare Protest Piracy 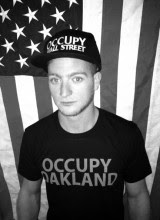 Oh those kooky Occupy Oakland protesters are at it again!  After demonstrating many different grassroots protesting tactics; including an unsolved murder and Vietnam-grade jock itch, this happy go-lucky band of patriots have decided to take a stand against “…coordinated attacks on the occupations and attacks on workers across the nation” by calling “on each West Coast occupation to organize a mass mobilization to shut down its local port” on December 12, 2011,  according to Dan Gainor's article on CNSnews.com. 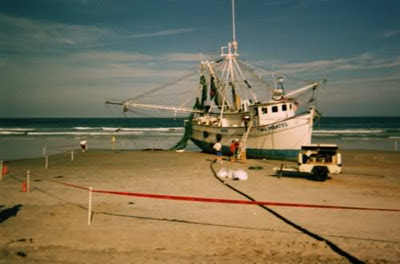 This is a totally awesome and productive step, because by shutting down shipping ports these great men and women of organized labor will be able to disrupt the lives of all the evil, horrible capitalists looking to hoard the assets of us working class heroes --  not to mention hurting all of those putrid consumers sucking the resources from our planet.  I mean, who wants to make money by way of honest trade and commerce anyway?  I’d rather collect my benefits check because I’m entitled, damn-it!  Shut ‘em down, I say!  Let’s make America the economic juggernaut it once was! 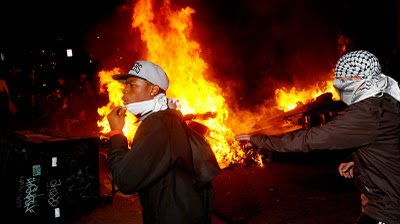 What makes this the true American movement that it is though, isn’t only the lice outbreaks or public masturbation but also the lack of any sort of concessions and/ or demands the organizers have issued.  That’s right!  The whole intended goal is simply to disturb the normal processes of business and get nothing in return except the satisfaction of irritating others!  How American is that?!  Since these shut-downs are in “response” to actions of others, there is logically no foreseeable ending to the aggravating “reactions” of the Occupy crowd.  They will continue agitating until another beat-down occurs, or some authoritative abuse is inflicted on another one of their comrades so it may be used as an excuse to continue being the nuisances that they are.  Genius! 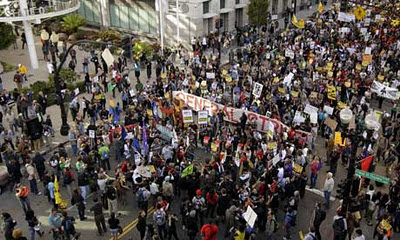 If in our society there are overt and obvious abuses of the working class, then it is the right of our people to fight against those abuses.  But taking the low road will only further degrade and destroy this kick ass-country we call America.  Thank God for Occupy Oakland.

Posted by Bartholomew the Great

Email ThisBlogThis!Share to TwitterShare to FacebookShare to Pinterest
Labels: Politics