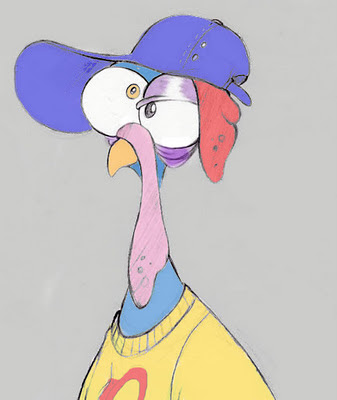 Thanksgiving was always a weird holiday to me because there's not much to it. All the other holidays like Halloween and Easter and shit come chock-full of gimmicks and imagery and stuff. Being into a certain holiday is essentially the same as being obsessed with Tim Burton movies or the New York Rangers, there's tons of shit to collect, songs to sing, weird traditions, et cetera, but all you do on Thanksgiving is eat food. I almost tagged on "and watch football" but I'm sick of people saying that because nobody actually does that except for football fans and people who say it. Yes, football is on TV and there's a boring ass parade, but besides eating too much and not having to work, Thanksgiving is just a sad pallet of boring brown colors that -- hey, wait a minute? There is no work today, is there? Well... I guess Thanksgiving isn't SO bad.... 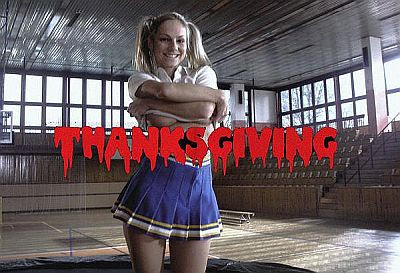 I mean, every weekend people are looking for any excuse to get together and get wasted; whether it's your cat's birthday or "St. Patrick's Day," people love consuming shit with other people and not being at work. And why shouldn't they? Work fucking sucks. They dont let you curse or eat burgers on the clock and customers are total dickheads -- yea guy, why don't I just stand here and cook this food for you while you sit there and enjoy yourself? Maybe afterwards we can get something done about those broken arms of yours that stopped you from cooking this yourself in the first place. Thanksgiving is a great way to get away from all that stressful shit and relegates any responsibilities for a day or two to the family member having you over. Go easy on the garlic salt, sis! 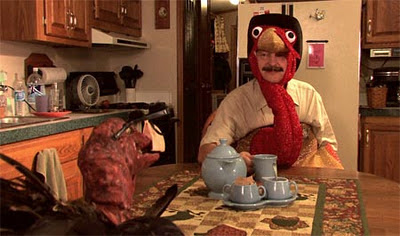 You know, I like turkey but it tastes best to me on a sandwich with mayo and lettuce, so normal sliced turkey with gravy and stuff is actually pretty boring. Like I said, it doesn't taste like sand to me or anything, but I'm definitely more of a sides guy. I'll sit there and pile on unhealthy heaps of mac and cheese and mashed potatoes until I have enough to make me breathe heavy. I have absolutely no idea how cranberry "sauce" mysteriously shaped like a can always makes it to the table, but I'm sure my dad  would say the same thing about the mac and cheese.  Creamed corn used to look disgusting to me until one Thanksgiving it somehow splashed into some of my food and now I love the stuff -- it really does serve as a good base when you're mushing sides together. 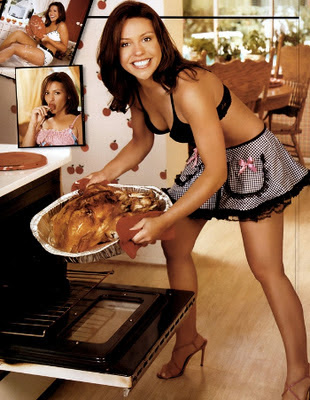 Isn't there something about Thanksgiving that involves remembering everything you're thankful for? I guess I'm thankful I was born in a country where I don't have to worry about car bombs and shit and can write crap like this. I'm also thankful that weed exists, if there wasn't any weed then who would stop me from doing stupid stuff on days after I get wasted? I'm thankful for McDonald's not giving a fuck and for Google, Youtube and the impending implosion of the entertainment industry. But most of all, I'm thankful for you, my reader, for holding me and loving me on this crispy, cozy, not-much-to-it-but-still-appreciated Thanksgiving holiday. Fuck you.
Posted by Mark Harvey