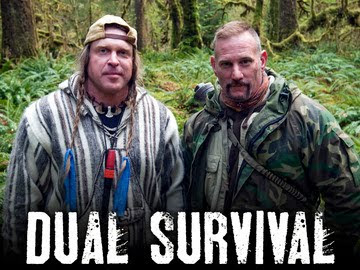 Just when I thought any reality TV show could be handled with a good dosage of weed*, a new show has caught my attention that literally sets fire to the reality show truce that Tim Gunn, Padma Lakshmi, and I signed in 2004. Yep, Dual Survival is a show on the Discovery Channel that's so bad we might have to reprimand the genre as a whole. The show focuses on fictional survival scenarios and how it's two real life survivalist stars, Cody Lundin and Dave Canterbury, deal with said fake situation and ultimately... each other.

Look, I know what you're thinking: Reality shows are just reality shows, right? Like Family Guy or dancing, you know it's dumb but only a depressing old coot would bitch about it. I mean, all reality show stars act dumb, sure. Look at Chumlee from Pawn Stars. He's the biggest ethnic looking baby I've ever seen. But who can hate that guy? Picking on him would be sadder than when Piggy gets killed by that huge rock in the Lord of the Flies movie. 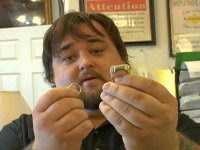 So, I was gonna leave Dual Survival alone and just chalk it up as a silly television show until Cody, in an argument with Dave most likely about his lack of shoes (oh yea, Cody is a minimalist survivor expert who never wears shoes, yep, even in the snow) let out this little line:

"Stop acting like a little girl in a house." 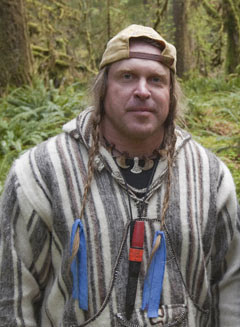 I guess side effects of roids** actually are a short temper, tiny balls and acting like a huge fucking sexist douchebag with no shoes on. A little girl in a house? What the fuck is that supposed to mean, dick? We here at Bullshit Artist do not condone sexism is any way, shape or form***. It was actually kind of a relief too because my roommate, who's a real nice guy, was watching the show with me and started defending him and I was like "yea, yea, Chumlee's dumb too, yea" until he dropped that LGIAH-Bomb and I jumped up and was like "bam! motherfucker, I told you he sucked!" 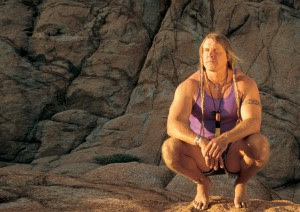 Look at that guy, he's an animal. He could probably decapitate somebody just by pinching their neck with like, two fingers. The whole blatant huge white guy dressed as an Indian thing kinda spooks me in a weird way too. He just sits out in the desert with those big, dead eyes playing dress up and eating disgusting plants like everything's normal.

That would be funny if he walked around beating people up who littered or something. Al Gore should clone a bunch of these dudes and run for President again, and when everyone starts laughing at him or whatever these dudes could just strong-arm everybody and take the election. What if he ate some wrong stuff one day and mutated and got bigger and the show turns into Dave Canterbury hunting him down and killing him, that would be cool. Reality TV sucks sometimes.

*I lied, this show works fine with weed.


**I don't actually think this guy does steroids, or that anyone would ever support Al Gore again.****