If You Think This Guy's Face Looks Beary, You Should See His Ass 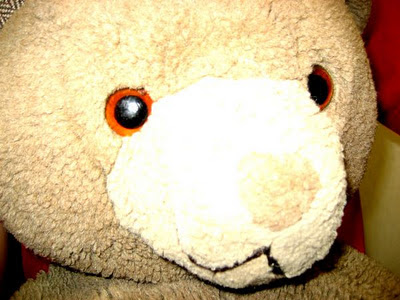 Yo, this is my friend Tinsel. Tinsel and I have been friends for years, seriously about 20 or so. I go way back with this motherfucker. Tinsel's one of those dudes with such a dark, fucked up sense of humor he could probably suicide bomb an ice cream shop full of Asian kids and have my ass barreling over with laughter. Yea, that's my T. Like I said, Tinsel's got a fucked up sense of humor. He's one of those dudes that will genuinely be friends with somebody but stab them in the back just to make everybody laugh.

Tinsel likes to dish it out but cant really take it.  One good way to fuck with him at the bar after he's been fuckin with me especially bad is one simple move I invented recently.  I wait until we're comfortable at the bar and he's found a cute girl to start hitting on. Once I can tell it's going well for him I like to stroll up, innocently say what's up and pull out this little baddy, freshly printed at home before leaving: 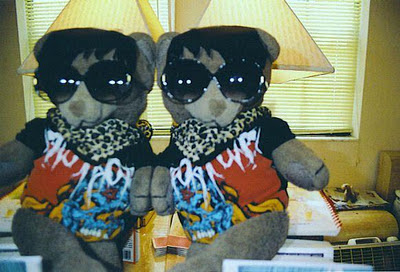 Yep. For like a year or so Tinsel was one of those crazy ass Myspace emo/metalcore freaks. He did nothing all day but smoke cigarettes and weed, sitting on his Myspace profile clicking home. At first he was just on it constantly and then our house basically became a scene kid Internet hang out/photo shoot zone. I would have been pissed but I was 19 and homeless, living on Tinsel's couch and occasionally his computer room floor. I was just along for the ride. 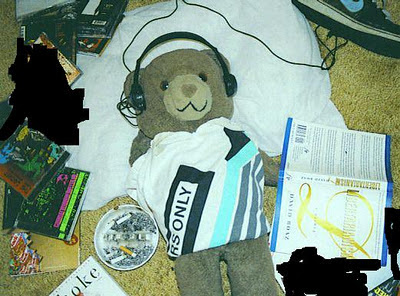 Like I said though, Tinsel's the fuckin man. Everybody in our group of friends knew it was just some weird phase and that once he got over fucking Myspace sluts he would look normal again. I only pull the printer or blog post out when I'm especially bored/pissed off. I'm really glad when I was goth Myspace hadn't taken over yet so every social mistake and "creation" I made wasn't public for anyone to see online. 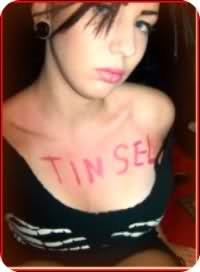 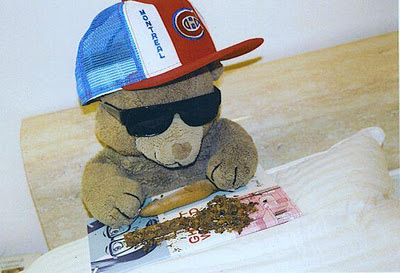 There it is.
Posted by Slash Dribblez