Not Believing In Ghosts Wont Stop One From Killing You 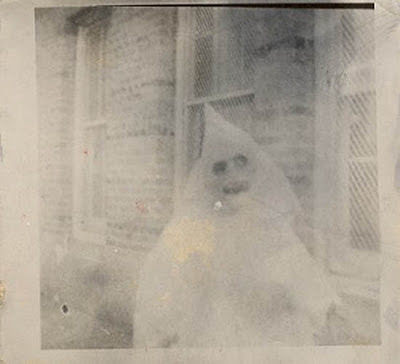 Most people who's opinion I trust do not believe in ghosts. Once you get old enough, imaginary things like that slowly filter out of what you consider reality. First there's Santa, then the less important/believable shit goes like the Easter Bunny and Tooth Fairy, then somewhere after that goes ghosts (I know everyone's order differs or whatever). But that's bologna right? I like to identify myself as a skeptic to my friends and family, but my belief in ghosts kicks right back in the second I'm in some dark, weird place alone and hear a suspicious noise. I bet it happens to you too. It could be in your grandparent's big, empty house (who just died mysteriously of old age), or somewhere cooler and more haunted, like an abandoned bridge or structure you drink alcohol in at night... I can imagine it now:

You're sitting there by yourself one Saturday night at 1:00am with a four pack of tall boys and a portable radio, listening to Coast to Coast AM. George Noory's voice is soothing you into a lonely slumber when BAM! Some knockety shit goes bump in the dark and you think some screaming dead guy in a sheet is about to come out and eat your face like a fucking Greek Salad!!!

Really, it was just an innocent squirrel having a late night tryst, minding it's own business while you're sitting there scaring the shit out of yourself -- even though you're such a bad ass atheist that's not afraid of dead people. Don't think I don't understand you, I know: "we're all just intelligent animal things waiting around for existence to smoosh us on the ground and then nothing, blah," I get that. But people always brush off the fact we know absolutely dick about life and the universe. All that you get scared of is the fear of the unknown usually, right? That's what everybody says. Well I've got news for you: every long string of thoughts I've had about our existence always leads to one thing: the unknown. How did we get here? Who put us here? Is there a who? If there is a who then why? If a who doesn't seem possible, then what? It's the unknown, Chief. And it's here to murder you and your little brother.
....what I'm saying is we basically run around like chickens with our heads cut off, only able to explain useless scientific bullshit on paper like why fire exists, or how to fix a jumbo jet. But when it comes to things like flying orbs or dead school teachers coming back for revenge, we don't know jack from shit. I mean, seriously. What would you do if someone was dressed as a ghost and chasing you around with a knife?  Cry like a little bitch? Yea, I bet. Not only is that embarrassingly predictable.... but it proves my point exactly. 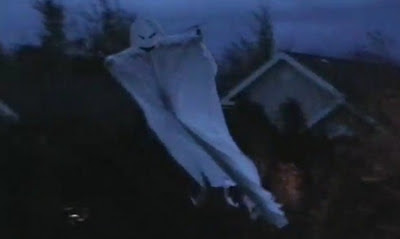 CBS actually did a poll a couple of Halloweens ago regarding people's belief in ghosts. Out of the 808 people they interviewed, 48% of them acknowledged that they did in fact believe in ghosts. While on the other hand, 45% of participants just rolled their eyes, took mainstream science's dick out of their mouth and aswered no, they did not. Besides wondering what happened to the other 7% of people they interviewed, all I can think of is how people can be so douchified about the mysterious world around us. What we know about life changes every time some astro-physicist tells us, so is the idea of people coming back from the dead to kill the living really that big of a stretch? 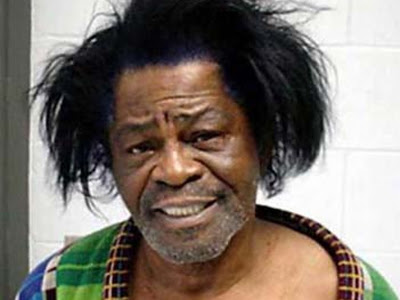