“Make sure you go to the bathroom now if you need to.”


This was the warning my friend gave me before I smoked DMT for the first time. Not very promising. I’m a really paranoid person; pooping my pants out of sheer drug-induced terror comes easily. My paranoia, coupled with a prior really bad salvia experience, had me pretty nervous about trying DMT. People like to compare DMT and salvia, maybe because you typically smoke both or because they both have a short duration, make you sort of lose control of your body, etc. After trying it out, however, I would say DMT definitely didn’t make me feel like I woke up physically grafted to the ground and everything else like a big dying monster. No, the feeling of DMT I think could be better described as "Kaleidoscope Smoke Downzies," or KSD for short.
Just for some background, so it puts my experience and tolerance in some perspective: I used to eat acid somewhat regularly when I was a teenager, maybe 10 or 11 times, total. I've also dabbled in mushrooms about five or six times (saw Up! in 3D once while tripping, very depressing/amazing). What else? I mean that’s all the basic hallucinogens, right? I guess there was salvia, but that fucking sucked. Do people consider ecstasy a hallucinogen? I don't think so but I've done that a bunch. Anyway, people like to say DMT is what gets released in your brain when you die but there's no conclusive evidence to prove it. Apparently there’s the right combination of chemicals and other scientific wizardry going on when you die to produce it but nobody can tell if it actually happens, like that trashy kid you used to know with divorced parents who said he had a dirt bike at his dad's house. Hey, it's possible.

To engage KSDing, you just take a hit out of a bowl, bong or what have you and hold it in like you would weed. It tastes kind of plastic-like and reaches you in like 30 seconds or something (one hit usually does the trick), then for about three to five minutes after taking a rip you basically lose control of your body. In my case, taking a hit awakened the spirit of strobe light and drum machine monsters who started turning a Rolodex wheel in my brain, flipping through a kaleidoscope light show that reminded me of phosephene rings - those lights that appear when you push on your eyes (except muuuuch more out of your control and intense).
I sat on the floor, sort of paralyzed but not in a scary way, until my friend who does it a lot suggested getting up and walking around, which was scary at first but I got it after a while. Like I said, I’m a paranoid person, but every time a frightening thought would start to form it would just get smashed down by the persistence of the high. You might need a second or two to develop a bad thought about say, your family members' mortality or something of that nature, for example. DMT just doesn't give you enough of a rest for that; thinking about one thing that may lead to a bad trip or panic attack physically doesn't hold long enough for you to give a shit. I basically just sat there with a stupid grin on my face while I sunk further into the couch and closed my eyes, feeling like a million dollars rolled in that colorful stuff from Tron. 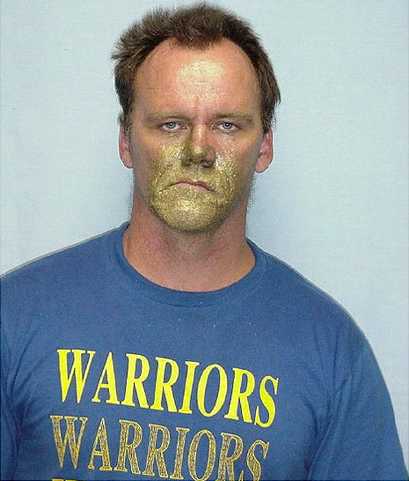 Heyyyyy, not that colorful stuff. Haven't you ever seen Tron before? 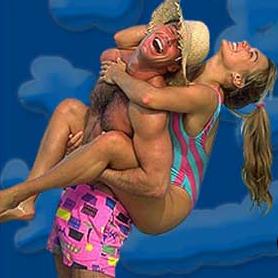 Yea, like that. Perfect. After a couple of minutes it slowly fades away and you realize there was nothing to be afraid of and you want more. It reminded me of whippets in that sense, just disappearing into your head for a few minutes and then coming back, except the trip is more legitimate and you aren’t surrounded by a bunch of dirty people on ecstasy from your hometown.
After I was done tripping completely there was this weird after-effect nobody else got where I felt super happy, like I was on weak ecstasy. My whole body felt good and I had a lot of energy. Coincidentally, my friend who smoked DMT with me got fed some fake ecstasy later that night from some gay dude who's always trying to sell it. Weird day I guess. Anyway, if you have no mushrooms or acid or just want to trip on something different, DMT works. I guess the only complaint is the short duration, but if you're going for a quick doozer before work or just dont want to trip for 10 FUCKING HOURS, then this drug's for you.

Oh, BTW, FYI in regards to DMT: I had been drinking all morning that day and eating Adderall with some crazy Asian chick. Weird day I guess, but perhaps that made my experience different than a normal one, though I found it generally in line with other people's accounts.
Posted by Slash Dribblez

Email ThisBlogThis!Share to TwitterShare to FacebookShare to Pinterest
Labels: Drugs