Bumps from My Ghetto Blaster 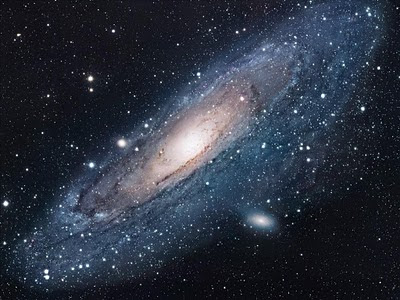 Coast to Coast AM is a weird talk radio show broadcast every night of the week, in almost every city and town in North America, as well as XM Satellite Radio and all the fuck over Youtube and other totally legal places on the innz. They talk about aliens, conspiracy theories,  flying monkey goblins, et cetera -- not to mention providing a national voice for their mostly (but not all) borderline insane/paranoid listener base with regular open line nights. It's a little obsession I got into a few years ago when I decided I needed more stuff to do with myself instead of just drink -- you know, break things up a little during the week. So on Monday and some Tuesday nights, you can usually find me nestled inside my bunker on the corner of Jefferson Street and NW Ronald Reagan Boulevard in beautiful New Los Angeles, fighting off the shakes to the soothing voice of regular Coast to Coast host, George Noory. 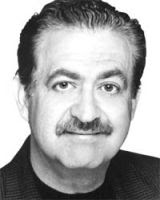 But, I didn't come here to talk about Coast to Coast or George Noory's sweet-ass moustache. No, if you want to sit around for four hours listening to either the weirdest or most engrossing shit you've ever heard in your life, feel free to do so -- I encourage it. In fact, do it with me, I'm lonely. Do whatever you want, I'm just not gonna make you, you're your own person, okay?* Holy shit. What I am here to talk about is Coast to Coast's bad ass bumper music.

Like I said, you can stream Coast to Coast online from a number of sites,  but the best time to listen to it is on your radio at 3:00am in the middle of the night. There's just a certain vibe of listening to the same thing as 4M other people that makes you feel nice and connected in a way Saturday Night Live does not. Between commercials, the show plays either a small or large chunk of a song selected by the producers (or whoever) ranging from classic rock, 50's doo-wop to 90s breakcore and dubstep.
They dont really play breakcore or dubstep, but I have accidentally discovered some bad ass singles from the show that I always scramble out of bed to write down and find. The first one I want to share is a song by a dead folk singer by the name of Jim Croce. "Time in a Bottle" was originally written for Jimmy's son, and naturally shot to number one on the charts three months after the performer died in a plane crash.

Egh, the kid being in this video is so depressing. An extremely catchy depressing I guess, because I can't stop watch/listening to this song and imitating it with an imaginary acoustic guitar I don't how to play. I'm sure Jim Croce's other songs are good, so you should probably listen to them. But as I said earlier*.....
The other song I want to mention is the Bee Gees "I Told a Joke." Now I'm sure a lot of people who aren't me and know a lot more about classic rock might roll their eyes for mentioning this; but seriously, fuck those people. I can drink a four pack of Steel Reserve and not remember one thing, can you? Fuck you for thinking you're better than I am.

God damn that song is tight. I love that little pleasant-but-over-it nod he gives to the screaming crowd when he first starts singing, a little seamless ack-nodge before ripping into work on their hearts for the night. I wish that happened in real life every time I told a story to my friends  And how about that breakdown at 1:07? You could hold up the Golden Gate Bridge with those pipes, or give them to a giant to destroy the White House with, whicheva*.

Email ThisBlogThis!Share to TwitterShare to FacebookShare to Pinterest
Labels: Coast to Coast AM, Music